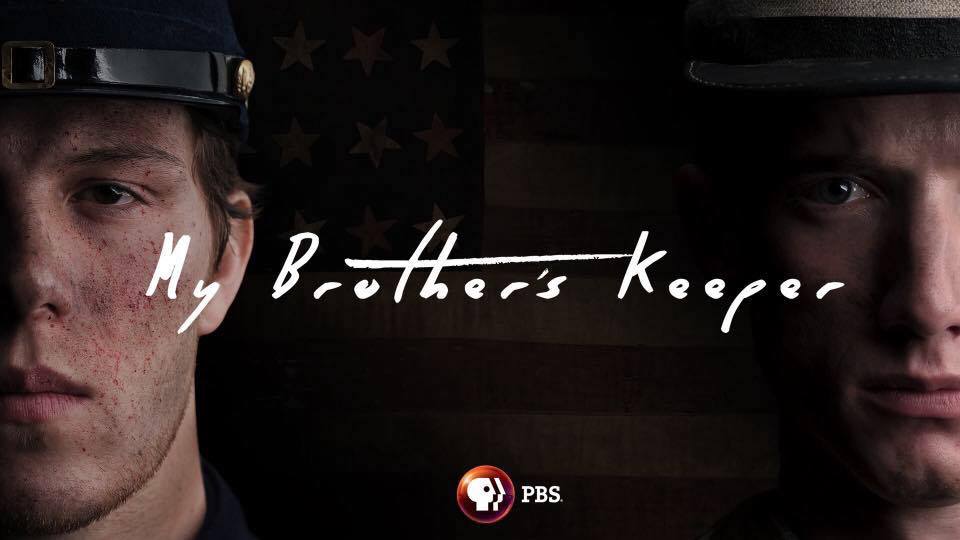 ARLINGTON, VA; JANUARY 18, 2017 – PBS Digital Studios announced today that MY BROTHER’S KEEPER, a groundbreaking new virtual reality short film that tells the story of two brothers fighting on opposite sides of the Civil War, will debut at the HTC VIVE™ exhibit at “VR on the Mountain” during the Sundance Film Festival on January 20. MY BROTHER’S KEEPER was inspired by the PBS drama series, MERCY STREET, which kicks off its second season on Sunday, January 22.

The nine-minute film tells the story of two estranged brothers, Ethan, 19, and Jackson, 16, who are fighting on opposite sides of the Civil War and unknowingly reunite at Antietam, the bloodiest battle in American military history. Shot on location in Virginia using more than 150 Civil War re-enactors, the story is fictional but based on historical accounts of brothers who fought against each other in the war.

The cinematic VR experience will be available on Viveport, HTC Vive’s app store, beginning January 21, and across a broad spectrum of VR and 360 video platforms beginning January 27. In addition to HTC Vive/Viveport availability, MY BROTHERS’S KEEPER will be available through full 3D-stereoscopic immersive experiences for the Oculus Rift and Samsung Video on GearVR to mobile and web monoscopic 360 experiences at PBS.org, Facebook 360 and YouTube360. Additionally, Littlstar will enable availability via their apps for Sony PlayStationVR, Google Daydream, Oculus Rift, Apple TV and iOS and Android devices. Jaunt will also distribute the piece through its multiplatform application.

A behind-the-scenes video on the making of MY BROTHER’S KEEPER can be viewed here.

MY BROTHER’S KEEPER was written and directed by Connor Hair and Alex Meader and produced by Brian Seth Hurst. The project, produced for PBS Digital Studios by StoryTech® Immersive and Perception Squared and in collaboration with the Technicolor Experience Center, gives viewers a fully immersive 3D stereoscopic experience of being in the Civil War.

“We are at the dawn of a new era in narrative filmmaking in which the visual vocabulary of cinema, as well as the production process, is being completely reinvented. I think MY BROTHER’S KEEPER in its own way does a remarkable job of advancing this evolution, ” said Don R. Wilcox, executive producer of the film for PBS Digital Studios. “Connor and Alex have done an amazing job of developing new techniques that combine traditional cinematic storytelling with the full capabilities of VR in a way that’s never been done before. In keeping with PBS’ long history of innovation, we are excited to present this project.”

“This piece represents a new standard in live-action virtual reality. We are thrilled that our teams were able to work so seamlessly to address the new challenges the cinematic experience raised while pushing the story and experience forward,” stated Marcie Jastrow, head of the Technicolor Experience Center.

“We knew the innovation, production values and story had to be at the highest possible level to reflect the quality inherent in PBS programming,” said Brian Seth Hurst, chief storyteller at StoryTech Immersive. “This meant assembling a cutting-edge production team combining artistry and new technologies to serve the story and the audience in ways previously not possible.”

Key battle scenes and flashbacks were shot on the Jaunt ONE omnidirectional VR camera whose technicians readied the camera’s 120fps capabilities in time for the production. It is the first time true slow motion has been used in VR.

The filmmakers also built a camera rig—the “Johnny 4”—exclusively for this production, enabling them to use dynamic camera movement and close-up, stereoscopic shots of actors to achieve the highest level of intimacy between the character and the viewer.

As the story progresses, Hair and Meader also focus the viewer’s attention by introducing 180° framing, in which the back half of the 360° view is blurred by bringing the Bokeh effect from traditional film into VR.

MY BROTHER’S KEEPER was produced for PBS Digital Studios by StoryTech® Immersive and Perception Squared and in collaboration with the Technicolor Experience Center.

About PBS
PBS, with nearly 350 member stations, offers all Americans the opportunity to explore new ideas and new worlds through television and online content. Each month, PBS reaches nearly 100 million people through television and nearly 33 million people online, inviting them to experience the worlds of science, history, nature and public affairs; to hear diverse viewpoints; and to take front row seats to world-class drama and performances. PBS’ broad array of programs has been consistently honored by the industry’s most coveted award competitions. Teachers of children from pre-K through 12th grade turn to PBS for digital content and services that help bring classroom lessons to life. PBS’ premier children’s TV programming and its website, pbskids.org, are parents’ and teachers’ most trusted partners in inspiring and nurturing curiosity and love of learning in children. More information about PBS is available at www.pbs.org, one of the leading dot-org websites on the Internet, or by following PBS on Twitter, Facebook or through our apps for mobile devices. Specific program information and updates for press are available at pbs.org/pressroom or by following PBS Pressroom on Twitter.

For images and additional up-to-date information on this and other PBS programs, visit PBS PressRoom at pbs.org/pressroom.